History of the Swedish tiled stove

The first Swedish tiled stoves were based on German models found in royal castles in the 16th century.

In 1767, a system with five internal flues created by the architect Carl-Johan Cronstedt and the general Fabian Wrede, turned the tiled stoves into the exceptionally efficient energy repositories that they remain today.

The stoves made during the Rococo-period by the porcelain factories Rörstrand and Marieberg were objects of status and extraordinary beauty.

The tiled stoves had their heydays during the 19th century, and during that time the stoves were both amazing sculptures as well as markers of social status in an eclectic mix of styles: renaissance, baroque, old Norse and majolica.

However, during the early decades of the 20th century, the trend of the tiled stoves died out, killed by central heating and electricity. And so, during 1950-60, most tiled stoves were torn down.

Since the 1990s however, these sources of warmth and comfort have made their comeback, on the basis of their energy smart qualities. 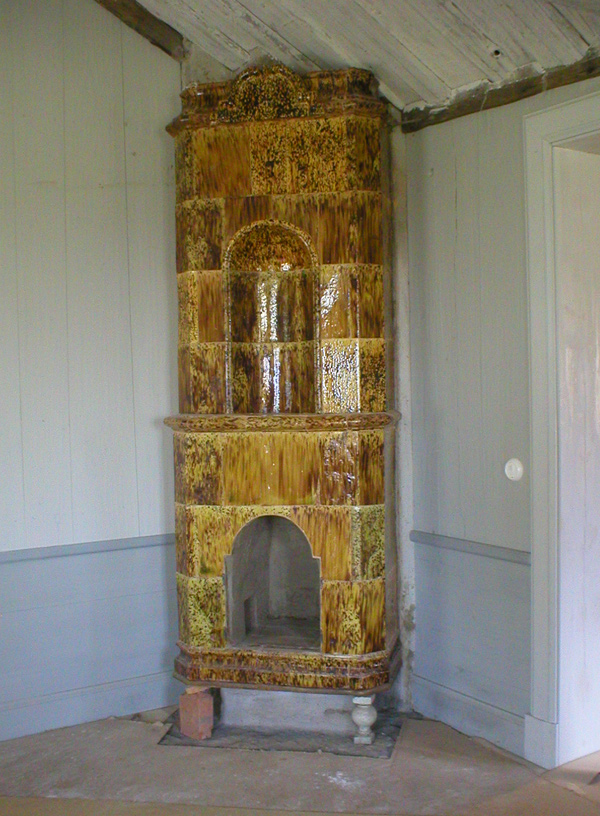 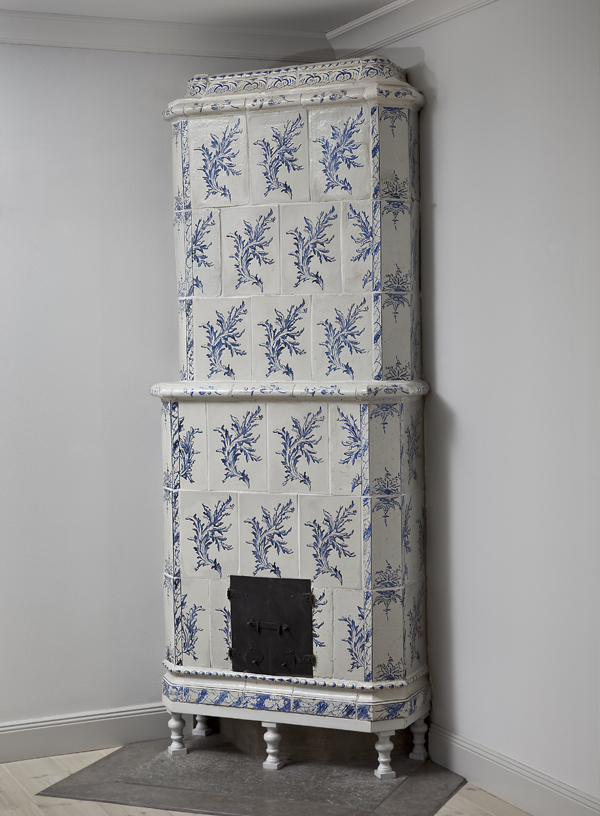 Reconstruction of tiled stove from circa 1750. Refurbished with 21 new tiles, decorated by hand in 2006. Property of Anitra Steen and Göran Persson, former Swedish Prime Minister.

The tiled stove is made to extract the most possible heat out of the smallest amount of wood and effort of work.

A tiled stove is constructed to keep the smoke as long as possible before it is conducted to a chimney. This is brought out by a stove-maker who is building up vertical internal flues inside the stove. The smoke is conducted close on ten metres, and therefore it can accumulate and heat the stove before it reaches the chimney.

The heavier the stove is, the more it generally radiates.

A tiled stove is constructed by a lot of bricks and mortar, which consists of clay, sand and water. These are heavy materials, so the body of the stove can accumulate heat and radiate prolonged pleasant heat for several hours. A smaller stove has a weight just over 300 kg / 660 lb. and a larger one has a weight of approximately 1200 kg / 2640 lb.

As the tiled stoves are all built with bricks and mortar, which consists of clay, sand and water, your stove can be dismantled in future years and moved to another house. It is like an heirloom / sculpture to pass on to future generations.

Older tiled stoves are still being used, since you are able to rebuild the inner construction after thirty, forty or fifty years, depending on seldom or everyday use. Good to know, as investing in a tiled stove is an expensive decision to make. 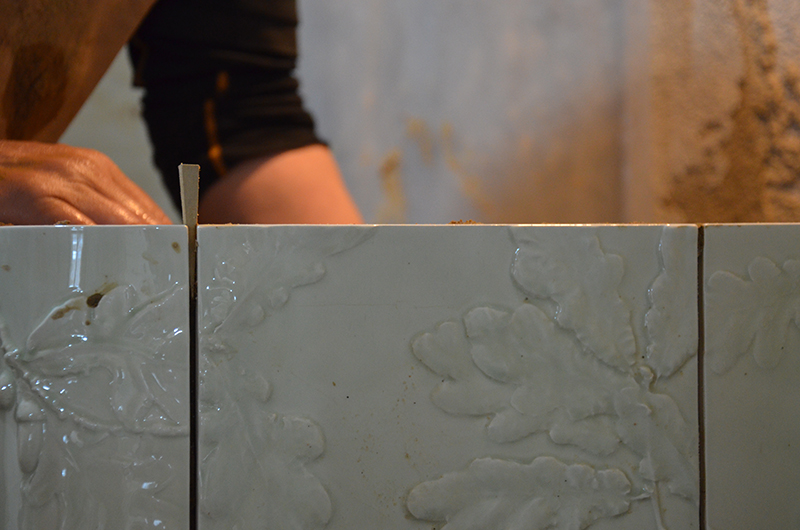 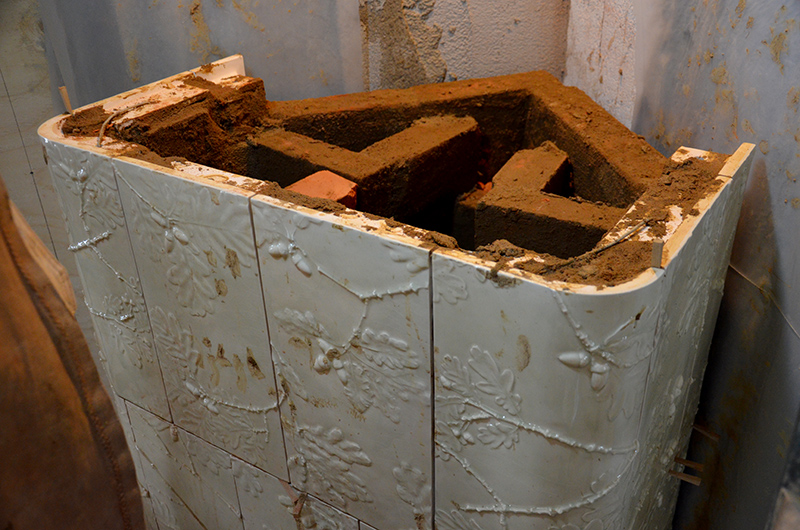 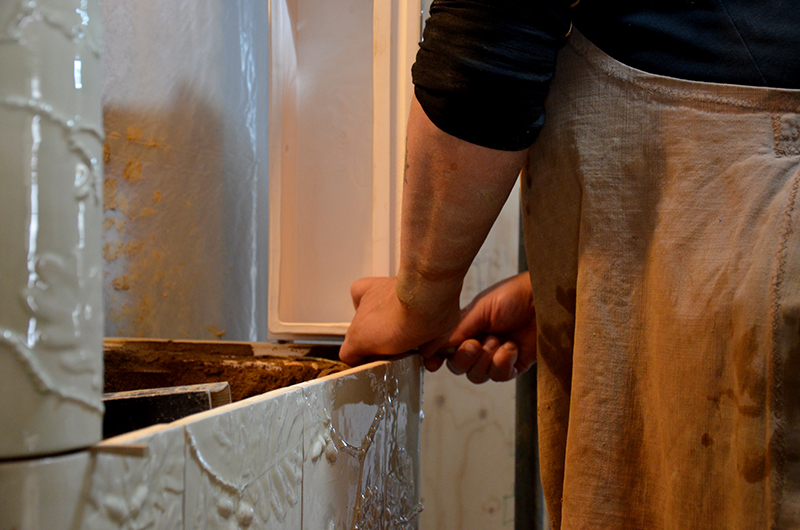 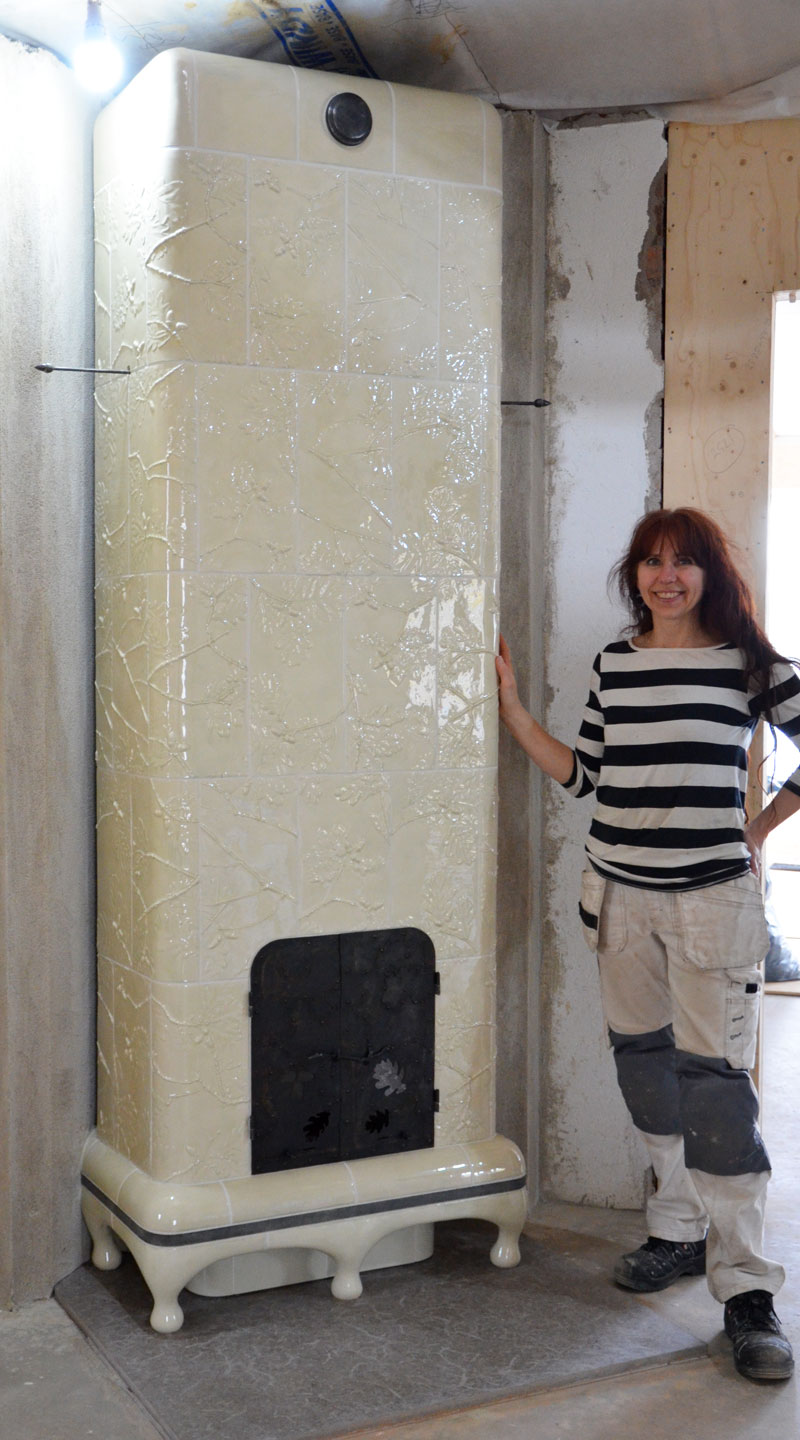