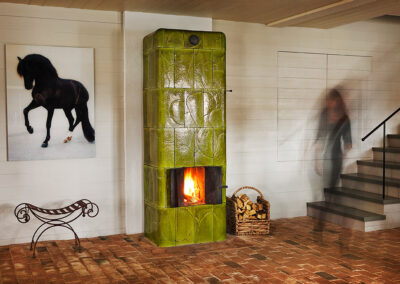 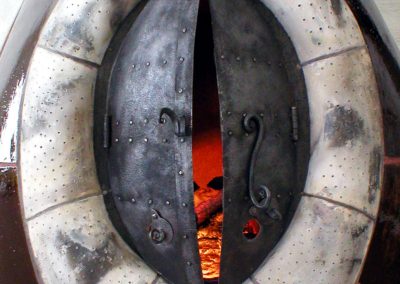 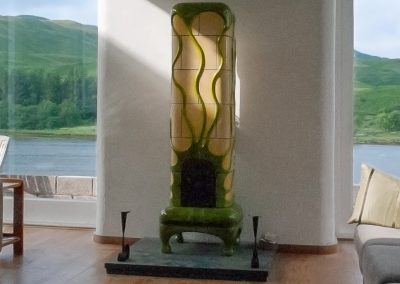 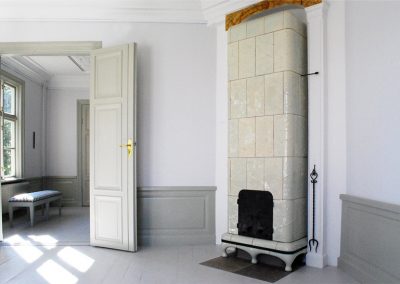 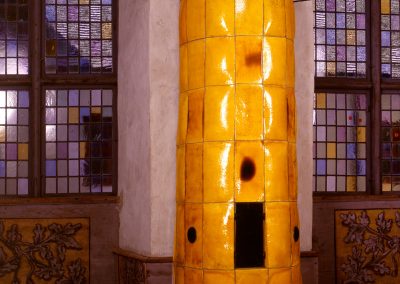 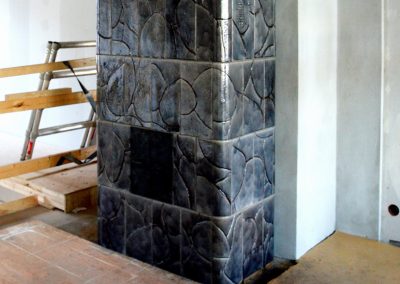 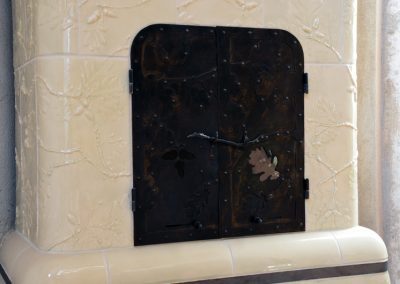 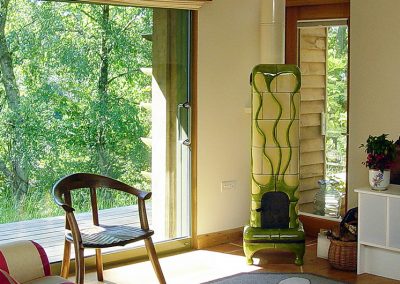 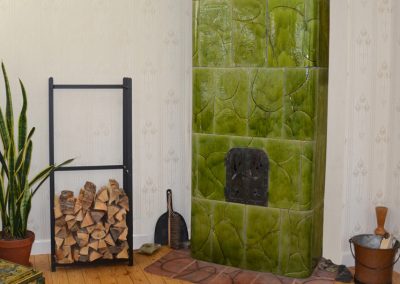 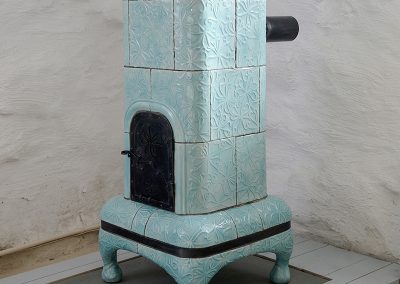 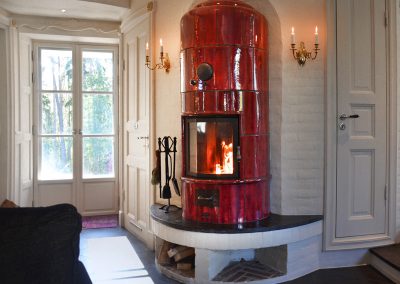 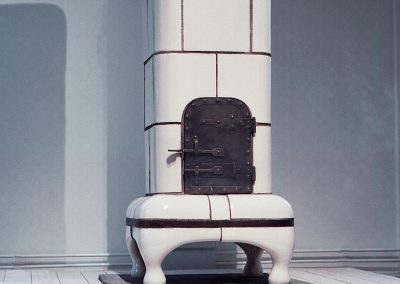 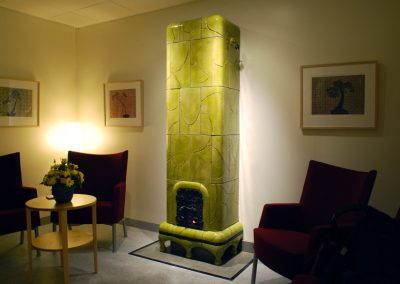 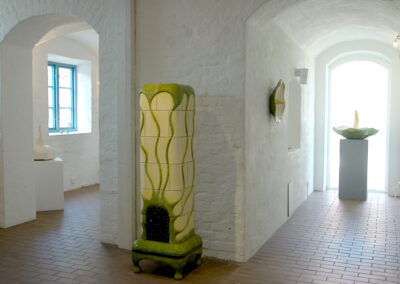 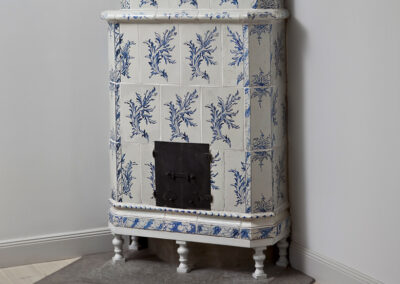 For two decades, as a ceramicist, I have actively worked to evoke interest in the tiled stove as part of the modern home.

Cultural heritage is combined with artistic expression, that I have shown in a number of exhibitions and have led to commissions both in Sweden and internationally.

A dedicated work which combines functional ceramics with unique form in architecture. Clay requires total presence in every step throughout the work process. 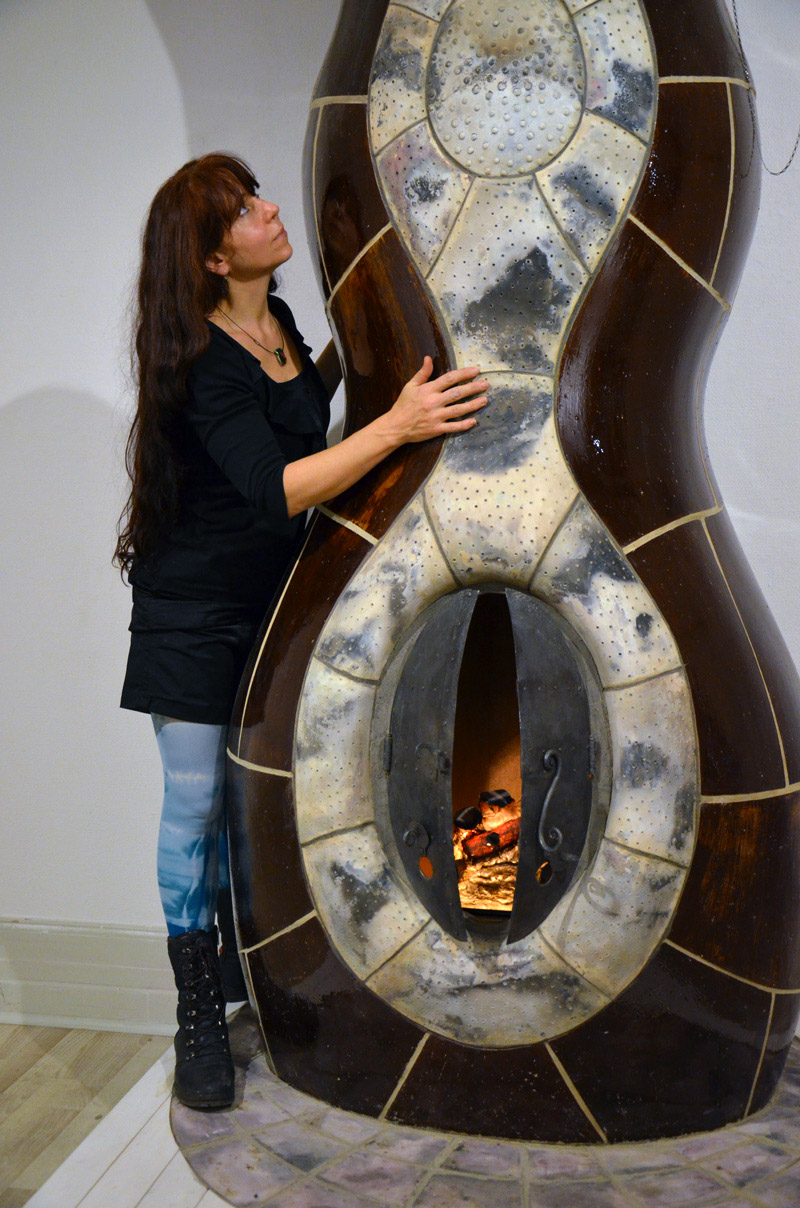 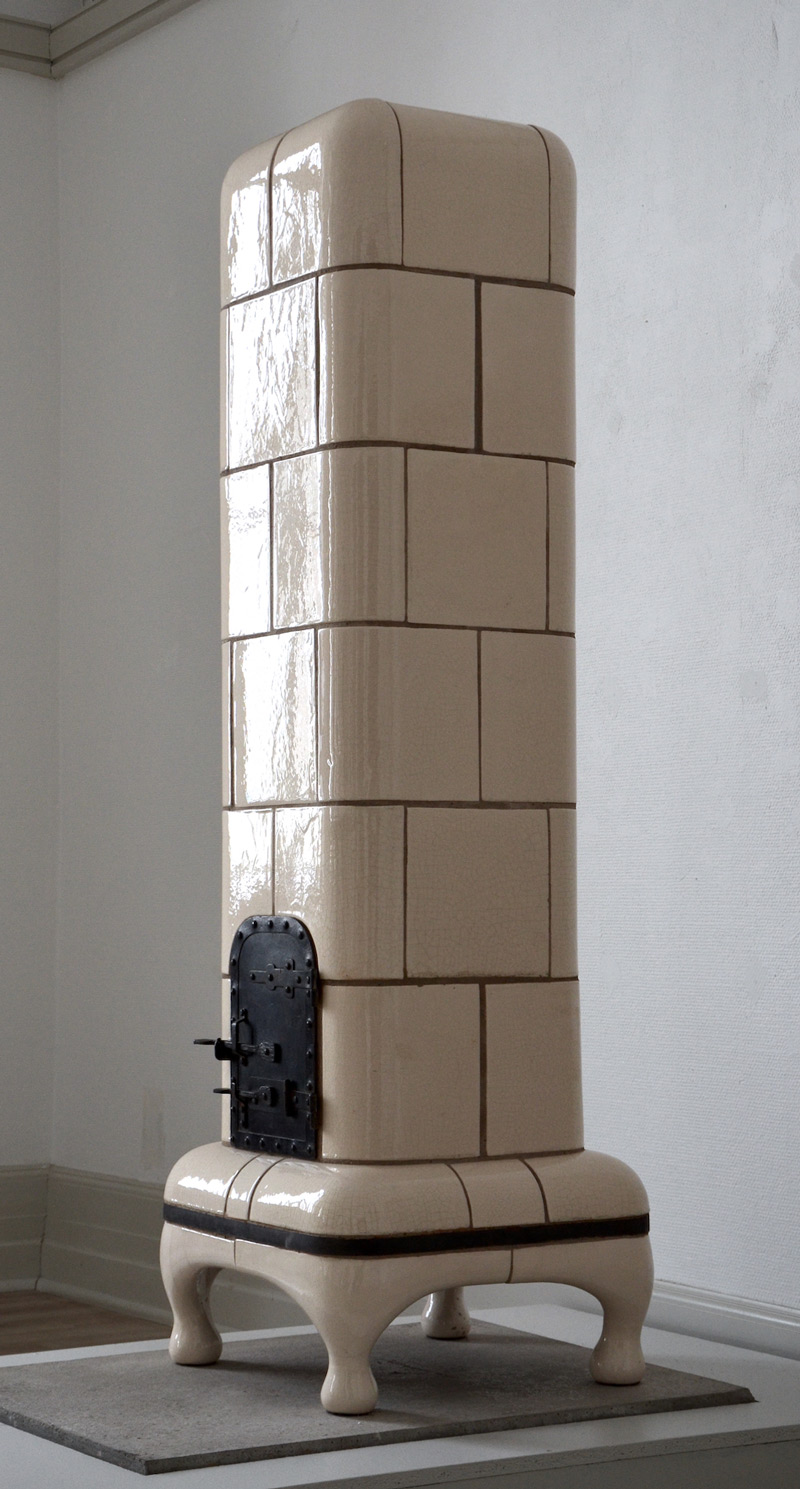 ‘Put another log on the fire for me, I’ve made some breakfast and coffee…’

The first verse of David Bowie’s song Oh you pretty things always makes you think of one of the most comforting moments: an open fire at home.

A SWEDISH ART FORM
The fireplace is a work of art for Swedish ceramist Annika Svensson, who lives and works in Gothenburg. The Swedish form of the fireplace, called kakelugn, meaning ‘a tiled stove’, is often a large tiled object representing several centuries of Swedish tradition.

Annika has made it into her ceramic specialty, for she has become fascinated by its expressive potential and now calls herself a kakelugnsmakare, a maker of tiled stoves.

‘For me,’ she says, ‘a kakelugn is spatially unique and functional. Each has its own personality. When I create one I think constantly about its entirety and proportions, how it will fit into the space given to it – if it will adapt to it or dominate it.’

”She makes her stoves with earthenware tiles with an addition of grog; to build a stove takes from three to five months, depending on how complicated it is, or whether the commission is for a wholly novel form or a variation of an existing stove.

Over the years Annika has worked out how to form tiles by hand and then to ornament and decorate their surfaces. Each of her stoves is nevertheless unique, not least through the design of its handmade wrought-iron details.”

”Her stoves are heat-spreading prima donnas, eye-catching but uncompromisingly lovely in their modern mixture of styles, functions, and imaginative playfulness.”